October is not just the month that brought us pre-orders of the Apple iPhone X and wider availability of the new iPhone 8 and iPhone 8 Plus, it also brought a ton of great new games for iPhones and iPads. Whether you are looking for an adventure game, or a puzzle game, or fun, engaging gameplay, October brought us a fine batch of new iPhone and iPad games worth checking out.

Here are the new iPhone and iPad games from October 2017. Take a look!

1. Batman: The Enemy Within (Free)

‘Batman: The Enemy Within’ is a sequel to 2016’s Batman: The Telltale Series, developed and published by Telltale Games. It is an episodic point-and-click graphic adventure video game, which was based on Bob Kane and Bill Finger’s Batman character.

As before, this streamlined adventure finds you navigating conversations as both Bruce Wayne and Batman will be forced into precarious new roles, as well as tapping and swiping to take out foes, dodge attacks, solve crimes, and figure out puzzles.

The Enemy Within arrives free with the complete first episode included, but you can watch the rest of the season (four more episodes) for $15, or snag individual episodes for $5 a pop as they come. And as you make decisions along the way, while facing foes like The Riddler and The Joker, the storyline will shift accordingly. You can carry over your data/decisions from the first season, or simply start fresh. 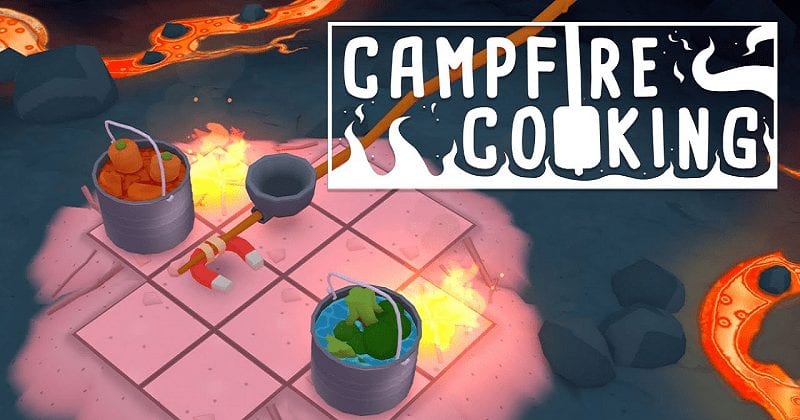 This latest creation from Layton Hawkes is guaranteed to make you feel clever and hungry. Campfire Cooking is a puzzle game about relaxing moments in nature, as you prepare meals over a warm fire. You can discover the joy of cooking on a stick and test your problem-solving skills with some challenging campfire puzzles! 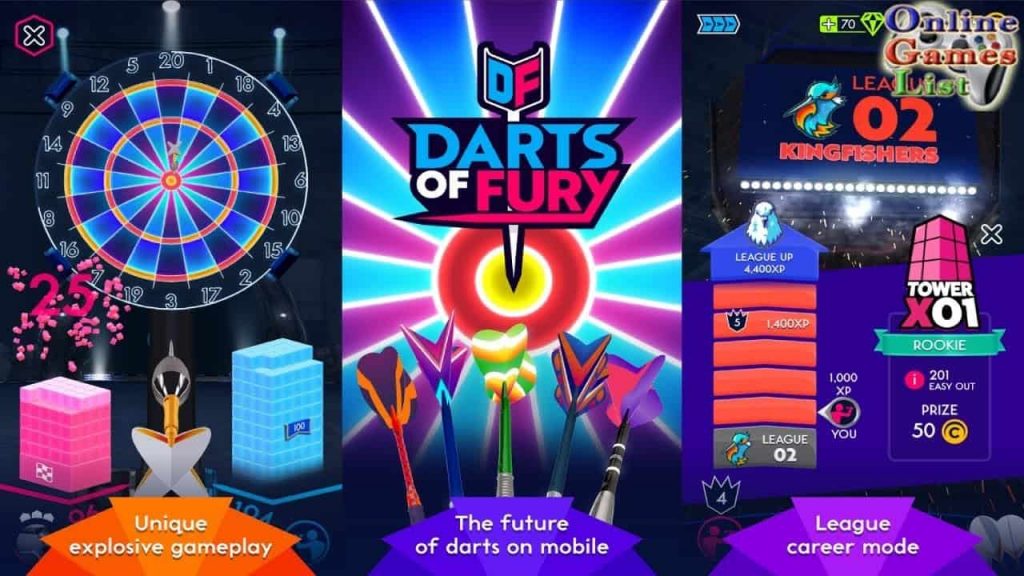 Coming from the creators of ‘Table Tennis Touch,’ ‘Darts of Fury’ is an action-packed, modern darts game designed for darts newcomers and fans alike. You can compete against real opponents in this stunning new multiplayer darts game. With its glossy production values and the idea of a league-based structure, it’s really just a streamlined, head-to-head take on the familiar game, challenging you to toss darts onto the board and be the first player to perfectly hit your tally of 101 points.

The mechanics of the game: Your throws are based on your swipes, including speed, direction, and release point, and it all feels pretty responsive. 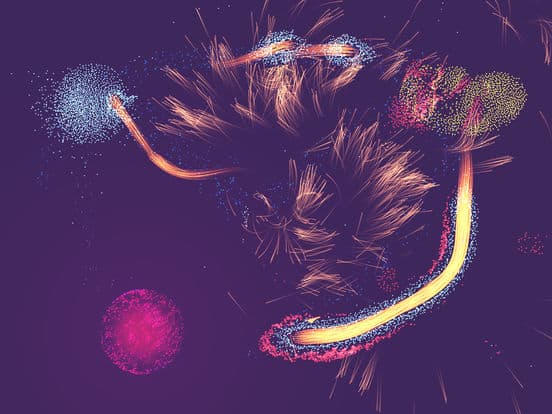 In the new game Frost, you interact with swarms and flocks consisting of thousands of individual agents. You will have one or more streams of spirits on screen, and you’ll need to draw paths to guide the flocking spirits to their home planets. You can watch countless beautiful creatures emerge from light, bring balance to a world in constant motion, and unravel its mysteries. 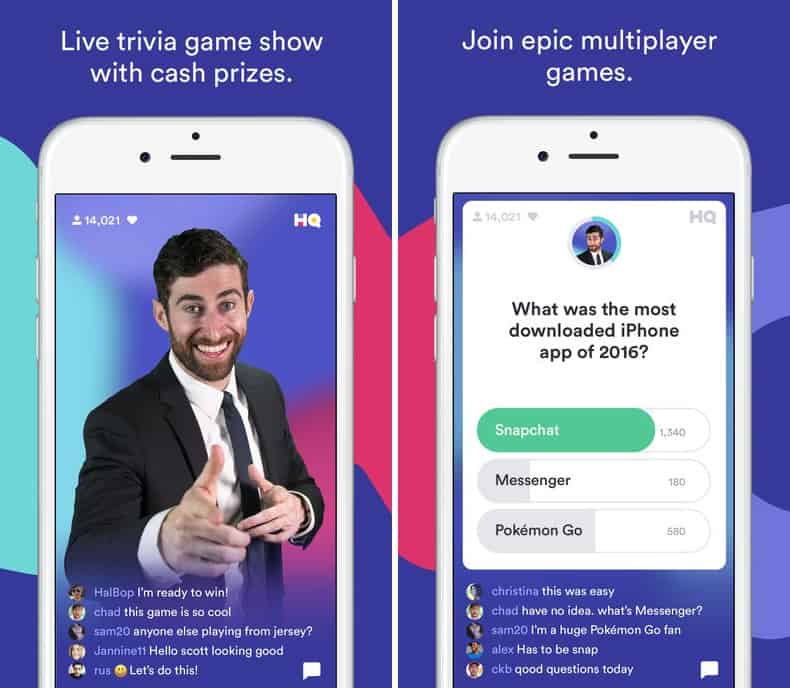 Live trivia game HQ has been picking up a lot of buzz, letting you vie for some real cash against thousands of other players.

HQ is a live trivia app that offers up a daily competition you will play on your phone. Once or more per day (opt for notifications!), HQ hosts a 15-minute game show that’s free to enter and spans 12 increasingly difficult multiple-choice questions. They’re mostly pop-culture related queries, but they become increasingly obscure as they pile up. And whoever’s left standing at the end splits the cash prize of potentially hundreds of dollars. 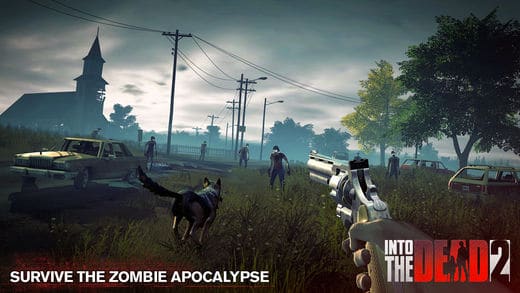 Into the Dead 2, the sequel to one of the best endless runners ever seen on the App Store – is a journey through the zombie apocalypse in a race to save your family. You can arm yourself with an arsenal of powerful weapons and do whatever it takes to survive. Maim, mow down, and massacre the Dead – anything to keep moving. It is all about how far will you go to make it out alive, in a world where no one is safe.

Into the Dead is free to play but offers some game items for purchase with real money. 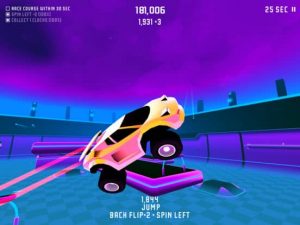 If you want to test your skills, compete with players around the world on the global leaderboards or show off your best run by sharing a video with Everyplay, Rekt! is a perfect choice.

Rekt! is all about goofy, acrobatic driving, letting you whip around a cartoonish car in an elaborate multilayered free roaming sandbox arena. You’re let loose in the arena with a limited amount of time on the clock, and you’ll have to grab big air, flip and spin, and try to notch the highest score possible while using all of your nearby terrains.

Mixed with races, challenges, and new ways to get that elusive next multiplier, REKT makes doing tricks incredibly smooth and easy. And with super realistic physics, it’s easy to learn and hard to master.

REKT is a single player arcade experience that will have you on the edge of your seat. It comes with over twenty cool automobiles, that are unlocked by your awesome trick scores.

Any die-hard ‘Stranger Things’ fans will be happy to know that the adventure doesn’t end with the last episode. Stranger Things is back on Netflix with a Season 2, along with a mobile game.

In the mobile game, you get to explore Hawkins, collect Eggos, and unlock areas you haven’t seen before. As police chief Jim Hopper and other playable characters, you’ll search the town of Hawkins for the kids, dealing with threats and puzzles along the way. While you originally start out playing as Jim Hopper, progressing through the game gives you the opportunity to play as Lucas, Nancy, and all the other characters. 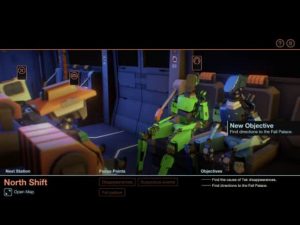 A detective stationed on the Subsurface Circular investigates a series of recent robot disappearances among the city’s robotic working class. As a robot detective, you chat with other self-aware ‘bots to solve some puzzles along the way. You can collect words and phrases, then use them in dialogue puzzles to uncover the world’s secrets and determine its future.

Following its recent Mac release, Subsurface Circular is now also available on iPad, but not iPhone—bringing this conversational adventure pop to tablets. 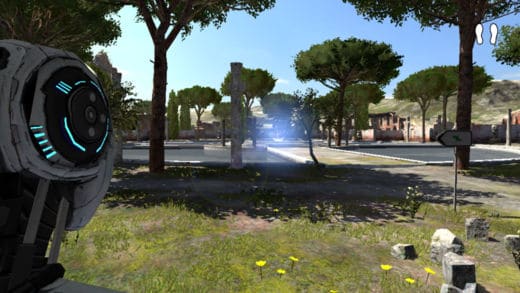 The Talos Principle is an excellent open-world puzzle adventure that has been available for PC, consoles, and Android devices (limited to Nvidia K1 or X1 hardware) since back in 2015. Now, two years later, it has finally come to the iOS App Store.

The Talos Principle has its own feel and flow, as well as a very different storyline. As a robot, you’re thrown into challenges by your creator, and as you solve them, you will dig into a narrative about what it means to be alive, and what your purpose is. The game has you playing as an AI within a mysterious and beautiful world and is a story-driven puzzle game that tries to drive a couple of messages about humanity and consciousness. 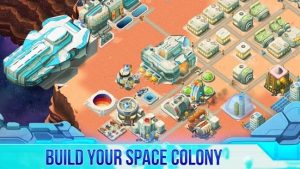 Lunar Battle is a free-to-play game with an addictive mix of city building and space fighting simulation, from the developers of the hit game RollerCoaster Tycoon 4 Mobile. You should conquer the skies and explore the uncharted terrain, build your space colony, construct incredible world wonders, fight against other players, as well as aliens, space pirates, barbarians and many other enemies to become the ruler of the galaxy.

If you are looking for a home security system with an app, END_OF_DOCUMENT_TOKEN_TO_BE_REPLACED

If you remember the WannaCry ransomware attack that infected nearly 300,000 computers in more END_OF_DOCUMENT_TOKEN_TO_BE_REPLACED