Have you ditched Firefox browser a while ago after it seemed slow compared to other browsers like Google Chrome? Now it’s time to give Firefox another chance.

Since the last couple of years, Mozilla is working hard on the ‘Project Quantum’ to give back Firefox the position it once had. And as promised, the Mozilla Foundation released its much awaited Firefox Quantum (aka Firefox 57) for Windows, Mac, and Linux on November 14.

Mozilla claims its newest browser Firefox Quantum, which it calls “by far the biggest update since Mozilla launched Firefox 1.0 in 2004,” is over twice as fast as Firefox from 6 months ago. Besides fast performance, Firefox Quantum also brings massive performance improvements with tab prioritization, smart features for intelligent browsing, and significant visual changes with a completely redesigned user interface (UI), called Photon.

Whether you have opened 10 or 1000, switching between tabs is faster than ever with Firefox’s new, responsive engine.

With more than 60 search providers pre-installed across more than 90 languages, Firefox has more choice in search providers than any other browser. In Firefox Quantum, Mozilla made ‘Google; as the default browser (in the US and Canada). 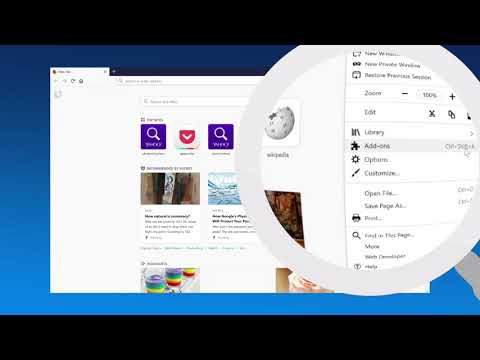 Firefox has plans to speed things even further by leveraging modern GPUs in the near future.

Firefox Quantum for the desktop version is available for download now on Firefox’s official website, and all existing Firefox users should be able to upgrade to the new version automatically. However, the improvements to the browsing engine will appear on iOS and Android in coming days.

How to Create Your Own Browser Within 5 Minutes