The age-old fight for camera dominance remains a hot topic every time, with new manufacturers competing for the crown every few months. Now, as we have the two best Android smartphones around today, we have put the camera comparison among them, while bringing out the strengths and weaknesses of each to give you a clear picture on which one would serve you the best. Read on to find out which is our pick for the best camera smartphone of 2017. 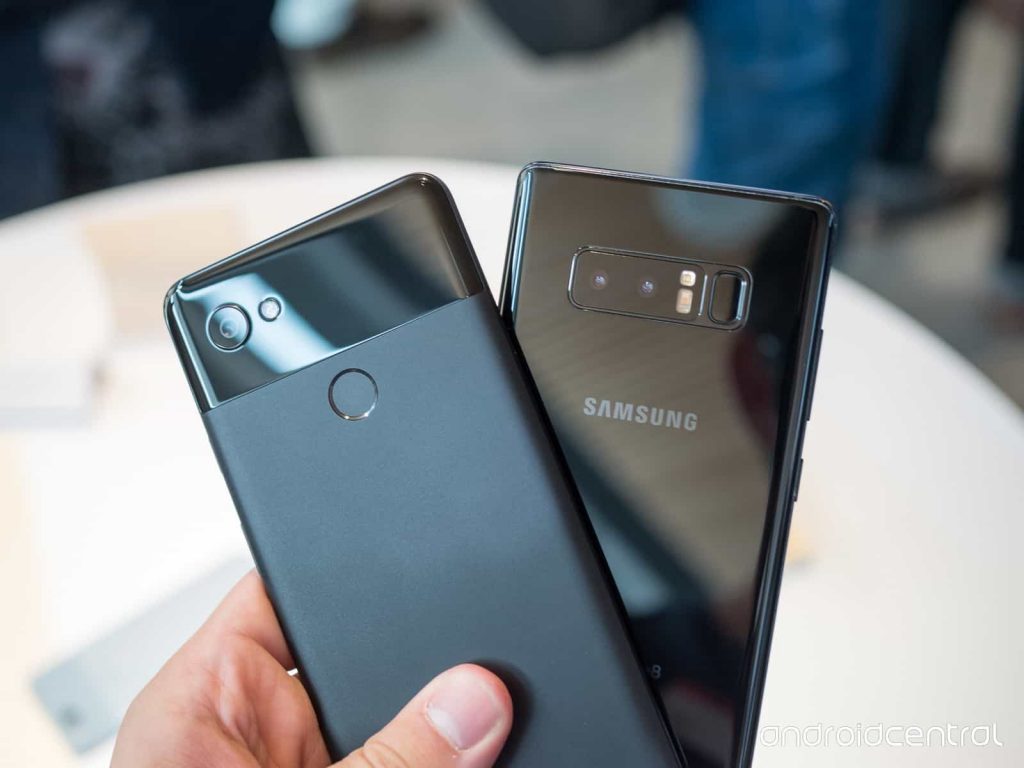 A flagship smartphone is composed of various aspects, that comes together to form a premium experience. The camera capabilities are clearly one of the most important aspects of a flagship phone today. Both Google Pixel 2 XL and Samsung Galaxy Note 8 make for two of the best smartphone cameras today. There are only finer differences that make them win or lose against each other. Let’s find them out.

NOTE: To make the camera comparison, few smartphone analysts have shot multiple pictures across a range of scenarios on both phones. So, we laid them out here for your understanding.

The Google Pixel 2 XL is the highest rated camera according to DxO Mark – the industry standard in camera benchmarks. Both phones have image recognition — Google Lens on the Pixel 2 XL and Bixby Vision on the Note 8. These software features use AI and machine learning to identify objects and bring up additional information about them. And the Note 8 can shoot time lapses and has built-in Snapchat-like stickers.

Samsung took a big leap in camera technology on the Note 8, moving to dual sensors both supported by OIS and some special software to put them to work. Both phones are capable of shooting at 4K resolution and provides up to 240fps slow-motion video recording. The Samsung Galaxy Note 8 also features 2X lossless zoom, using the dual-camera setup. Photos taken with the Note 8 seem to have boosted contrast and saturation, while pictures from the Pixel 2 XL had a pure clinical beauty with expertly rendered detail and highlights. Pixel 2 XL’s image processing is paired with a new brighter aperture and OIS.

The Note 8 takes an oddly soft photo of these flowers compared to the Pixel, and the Pixel photo is better as a result. The Note 8 colors aren’t as saturated or rich as the Pixels. The detail and sharpness of Pixel 2 XL seem to be impressive.

Portrait mode gives photos an artistic blurry background simulating a shallow depth of field. The Pixel 2 XL has Portrait Mode on both the front and rear cameras. Its portraits have more detail and better focus even when taking selfies. The Note 8’s Live Mode (portrait mode), which works only on the rear cameras, looks warmer and render the background blur better.

While Smartphone manufacturers have typically relied on dual-camera setups to offer depth effect and bokeh shots, Google is relying on a single-camera setup. Pixel 2 XL’s Portrait Mode, handled with just one lens, can do much the same job as Samsung without the extra room required for a dual setup. It is able to capture depth information and offer portrait shots similar to the Samsung Galaxy Note 8. Google has succeeded in offering the same level of capability with a single-camera setup, relying on algorithms and software magic to achieve the same results.

On the Note 8, if a portrait shot didn’t come out stellar, you can able to adjust the amount of blur to better blend in the foreground and background. And it’s something the Pixel 2 XL can’t do.’

Details on the face are much more visible on the picture taken with the Pixel 2 XL, while the Note 8 tend to ‘beautify’ or smooth out smaller details presumably in pursuit of getting the depth effect right.

On the overall quality of the photo, the Google Pixel 2 XL’s incredible attention to detail and accurate color tones help it do a better job on the whole.

The Note 8 uses its dual-camera setup to shoot zoomed-in images. Its 2X optical zoom allows you to get closer to any subject without diminishing image quality.  Not only does the phone capture more detail when zoomed in, its use of optical image stabilization on both rear-camera sensors makes for images that are much more stable and less likely to blur out due to minor shakes. 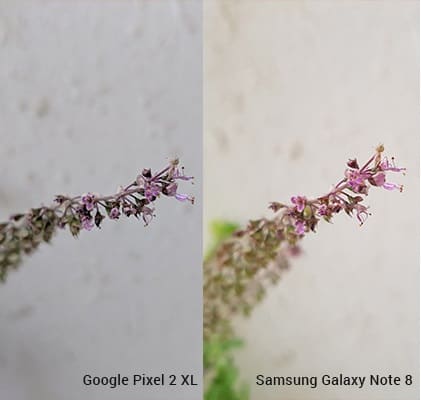 On the other side, the Pixel 2 XL’s single rear camera has only digital zoom, which results in close-ups that look softer with more color noise. Digital zoom isn’t as good as optical zoom because it’s simply enlarging the pixels to zoom in, which robs a photo of fine detail.

So, the Galaxy Note 8 is clearly the winner here.

The Note 8’s video stabilization is good, but the Pixel 2 XL’s “fusion stabilization” is the best. It uses a combination of optical image stabilization (OIS), electronic stabilization (EIS) and post-processing to achieve super steady, but natural-looking video.

According to Patrick Holland from CNET, Pixel 2 XL video didn’t have the detail and dynamic range its photos had and the Note 8’s videos had noise and aliasing in the shadows. The Note 8 and Pixel 2 XL are capable of jaw-dropping 240fps slow motion. Unfortunately, it’s at a not-quite-so-jaw-dropping 720p resolution leaving the video looking soft. However, the Pixel 2 XL can shoot 120fps at 1,080p producing dramatic slow motion without sacrificing resolution.

People looking to upgrade to any of these two new Android phones have a pretty tough choice to make. Trying to determine which phone has the best cameras is complicated. If you use zoom a lot and want a gorgeous display to view your photos, the Note 8 is the way to go. But if you want the best photos, the steadiest video, and excellent Portrait Mode selfies, go for the Pixel 2 XL.

The Google Pixel 2 XL is, on the whole, the best of the two devices, in our opinion.