How To Navigate Through Apps Like Whisper: A Basic Guide

How To Navigate Through Apps Like Whisper: A Basic Guide

People have been enjoying using Whisper, a secret-sharing app that lets you share your secrets without revealing your identity, but how do you use it?

Everyone loves a good secret, which is why it comes as no surprise that apps like Whisper have grown to popularity, but the question remains, is it safe to use this app?

Whisper is a secret-sharing app that was launched in 2012. Two years later, it rose to a value of $200 million. According to the app developers, its selling point is that people who use it will remain completely anonymous.

The app also has a gallery where users can select personalized fonts and photos to protect user anonymity.

However, the primary method of communicating with Whisper is by responding to their posts. You can either send your own Whisper or chat with them. Remember, however, that it would still be difficult to maintain anonymity when using the chat function.

Before you sign up for Whisper, you set up a pin that gives access to the app. This allows you to sign in to the app immediately after the app is downloaded.

This app is appealing for the following reasons:

What Are the Risks of Using Secret-Sharing Apps Like Whisper?

An app where you can share intimate secrets may be appealing, but what are the risks of using these kinds of apps? While Whisper claims to be safe because it maintains anonymity, details of your location, age, and other information connected to your Whispers raises the risk of getting blackmailed or exposed.

Suppose you have shared secrets on Whisper or apps like it. In that case, you should be wary about the details you post to avoid being exposed to people who can use the information to blackmail you.

The Washington Post reported that independent researchers found the records of Whisper users. These records were viewable on a database that is non-password protected and open to the public.

After this discovery, the researchers informed federal law enforcement workers and the developers of the data leak. Once the researchers and The Washington Post told the company, access to the data was taken away.

While the records didn’t show the users’ real names, it did reveal gender, ethnicity, age, nickname, hometown, and information about memberships in groups. Aside from that, it also included the user’s last post location, which revealed neighborhoods, specific schools, and workplaces.

Now that this data has come to light, many people are thinking twice before using apps like Whisper to share secrets. When it comes to a secret, it might be safest if you share it with no one but you. 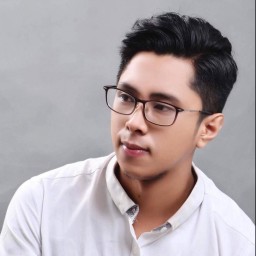 Should You Play Online Slot Games on Your Phone?

How to Resolve QuickBooks Error 1618?

How to compress a pdf file?