iPhone X: The Most Breakable and Expensive iPhone Ever

If you own an iPhone X, then handle it with care because it has been awarded “Most Breakable iPhone Ever” after watching the results of breakability experiment conducted on it.

Many people have conducted the breakability tests and even tested the iPhone X in extreme conditions. Even the warranty service company “Square Trade” is among them. They found the iPhone X to be most expensive and the most delicate iPhone ever.

In a video released by the Square Trade, Inc. the iPhone X was dropped ruthlessly in different situations and angles. The sideways drop test damaged the screen. The face-down drop rendered both the screen and facial recognition feature of the device unresponsive. While dropping the device on the back shattered the wireless charging glass back. It also included putting the iPhone X in a box tumbling it for about 60 seconds. All these tests are performed from a 6-feet height. 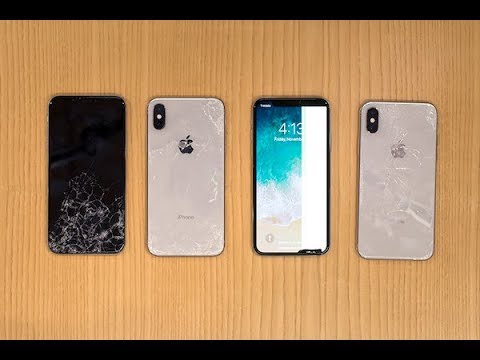 Jason Siciliano, a SquareTrade marketing executive, said in a release that “Despite Apple’s claims that their glass is the most durable ever in a smartphone, the iPhone X is the most breakable iPhone we’ve ever tested. The iPhone X’s fragility, along with Apple’s $549 fee for most repairs, make it the definition of a high-risk phone.”

Square Trade even conducted breakability tests on its predecessors where the iPhone 8 scored 67 and the iPhone 8 plus scored 74 breakability score which is slightly less than Samsung Galaxy Note 8 which scored 80.

Top Online Casino Tech for 2020 and Beyond

3 Simple Ways to Track an iPhone with Phone Number