My First Short Film – Maggi Should I Eat it or Not

Its been awhile since I have shared about things going on in my personal life on this blog. A lot of things happened in the past 3-5 months that made me even stronger both personally and professionally. After I had a split with co-partners I was stuck with a lot of issues both financially and personally. People have been trying to defame my reputation in the Blogosphere, initially that was a little painful and I used to loose my mind few times when I see things going against me where I haven’t done any mistake. But with time I got habituated and realized that negativity is inevitable if you are running a business with a group of people. So, I started ignoring things happening around and the focus was to take the business to the next level.

In the past few months I have raised a lot of fund for my company development. We have spent over $25000 to build our dream office(As of now) where we have the best working experience and environment. Though I started this as a Digital Marketing Company but I wanted it to expand in all kinds of marketing sectors in the upcoming days.

Well, I hope, I haven’t bored you. Moving on…

Recently we have shot a short film named “Maggi Should I Eat it or Not“. The film is really very short with a small message bound to it. My passion towards movies was there since a very long time. And I know its not that easy to get into movie industry without a proper support from the existing members or without a lot of struggle for several years. So, the idea of getting into movies has been kept aside and I started focusing on things that gives me financial support right now. Thankfully as of now I am financially very stable and am very confident about my upcoming projects. As the financial stability is achieved I wanted to experiment things which I am passionate about. Financial stability doesn’t mean I am super rich, I am pretty much happy with what I am having right now for me and my family. It might differ from person to person what financial stability means but am a person who doesn’t care much about money and doesn’t bother much about savings. I don’t compare with anyone nor compete with anyone, I just do things that makes me happy without depending on others and without hurting others.

Idea of the Short Film:

I know everyone must have thought about the same that there is poison in almost many foods you consume daily but still we consume them because we don’t have an option. The same small idea we have represented in the form of a short film saying that its our responsibility to protect the environment we live in. You can watch the short film
below: 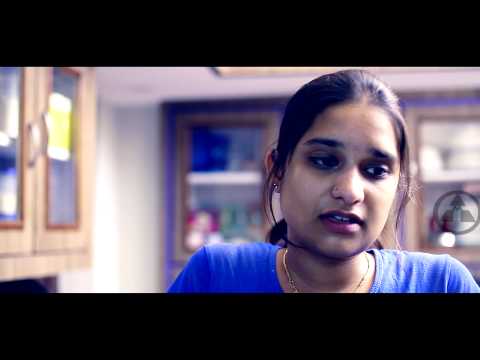 Making of Video and Expenses:

That was our first attempt so we don’t want to take too many risks by spending more money on making. We just kept it very simple. The first part was short in Anurag home which didn’t cost me anything later the graphics part was done by our in house Graphic/Video Editor Yashwanth. The only area we spent money was on the camera work. I hired a professional camera man because I understand that quality plays a key role in getting a good output and reaching it to people. So, I took a step ahead and hired a Cameraman for Rs . 6000 for 6 hours of work. The film was shot in just 4 hours. However it took longer than expected for us to release due to issues with re-recording.

Review and the Response:

My expectations were at “0”. As this was the first attempt I didn’t expect anything out of it. But we have got a overwhelming response which we didn’t expect. Ofcourse we also had negative feedback as well saying that the concept itself was wrong. I don’t deny any opinion, everyone has their own freedom to express their opinion about a event/cause. We got over 10,000 views in less than 24 hours which was really overwhelming.

This has given us a lot of confidence to experiment new things in future and we are up for it. Do let us know what do you think about the short film in your comments.

Earlier this week, we have told you that Microsoft was going to END_OF_DOCUMENT_TOKEN_TO_BE_REPLACED

How Important Is SEO? Here Are The Biggest benefits Of Implementing SEO On Your Website!