Are you looking for the best design smartphone at an affordable price? Here’s a gamechanger in Smartphone industry by Oppo’s subsidiary company Real Me mobiles. With the advancement of AI concepts in smartphone world, many flagships are excelling this niche with their best outcomes in whatever the way possible. Starting from Camera to Facial Recognition, every flagship smartphone is trying to implement this and stand out in the race.

Tied up with Amazon, OPPO’s subsidiary company RealMe Mobiles came up with a stunningly super fast performance phone with incredibly best design in the market at mid-range budget. There are a bunch of phones in this price segment like Honor 7x, Xiaomi’s Redmi Note 5, Note 5 Pro, Asus Zenfone Max Pro M1 and many more. But is it worth spending 9000 INR for this smartphone over other promising phones? Let’s check this out!

Big screen smartphones have been the rage for a while now. Initially popularised by Top Brands like Samsung and LG, these big screens quickly trickled down to the mid-range and then to the budget smartphone segment. The Realme 1 comes with a modern design and sports a 6-inch (2160 x 1080 pixels) Full HD+ IPS display with 1.98mm slim bezels on the sides and 84.8% screen-to-body ratio. This high-resolution display is complemented by an octa-core MediaTek Helio P60 chipset and 3GB of RAM, which is based on Android Oreo.

Featuring an appealing design, the mirror finishing at the back of Realme 1 stands out. Despite the glass back, the phone fits perfectly in hand and doesn’t feel slippery. This makes the phone handy and it fits comfortably into the hand because of the narrow form factor. Notch displays are the trend these days but this mid-range phone is notch-less slim bezel design. But the bezels are thinner than the foes Redmi Note 5 and Asus ZenFone Max Pro. As a result, it looks slightly smaller and at 155g feels a lot lighter in the hand.

Having said that, this diamond cut back is placed on an acrylic plastic body with a high gloss finish, making it terribly fingerprint magnet. In a lot of lighting conditions, the pattern just simply disappears. Still, it is nice to see a budget brand trying something a little different. The display settings come with the option to adjust the color temperature of the screen and font size.

This smartphone houses MediaTek’s Helio P60 octa-core processor with up to 6GB RAM. Helio P60 chipset is roughly equivalent to the Snapdragon 660 in that regard, and the 12nm production process might help to contribute to the superior AI battery efficiency. The Realme 1 is running Android 8.1 Oreo with the Color OS UI layer on top which is smooth to use.

Realme 1’s 3,410 mAh battery surely put a bad remark because of the low battery wherein competitors are delivering 4000 and 5000 mAh batteries which are delivering a full day’s backup with ease. Realme 1 hardly lasts charging for a day after heavy usage, all thanks to the AI battery management.

To sum up, the 6GB variant (which we had hands-on) performance seems flawlessly admirable.

While we talk about the camera performance, Realme 1 is a typical budget smartphone. The 13-megapixel AI-powered camera offers 2x optical zoom with a button just above the capture option. We have tried detailed photos in low and less light situations but it didn’t disappoint much.

Though the competitors offer quality pics with their dual cameras, Realme 1’s AI-powered capture stands still in the race. Having said that, if camera is the only thing which you’re looking for, this smartphone might not be the one you can pick.  The colors seemed a bit unnatural in indoor and low light shots. Even one can see the bokeh effect going wrong with foreground and background color effects.

The front gets a decent 8MP which is very decent for selfies. Both are capable of portrait-mode, depth-of-field effects as well as ‘AI beauty’ technology, the portrait pics in vivid bokeh mode are way too impressive and you can see the perfect image stabilization.

The AR sticker mode, that has nothing new to add value but it’s just the face filters that we have seen on Instagram, Messenger and Snapchat.

The most disappointing thing when I first finished setting-up the device is the UI. Despite showcasing it as a new brand, OPPO didn’t try to come up with a new interface and made a compromise with the existing UI it carries with their flagship devices. A new custom interface or stock Android UI would have made this new phone a bit more refreshing.

This runs with an Android Oreo 8.1 out-of-the-box and this might be pulled to next OS updates if there are any releases in this quarter. The gadget also comes with heavy customizations including home screen and lock screen magazines where a user can download any image, theme or icon pack whichever preferred.

You can put the phone in silent mode for a set time period of the day using ‘Quiet Time’ feature. You can also get ‘Smart Convenience’ features that include multiple gestures and motion support such as 3-finger screenshot.

Real me1 is a value for money smartphone which can offer you the best design, decent camera and battery, equipped with an AI-powered processor and facial recognition technology. Realme segment is going to be a gamechanger for sure down the lane and you’ll remember me for saying this!

Watch Real Me 1 Vs One Plus 6 Speed Comparison Video 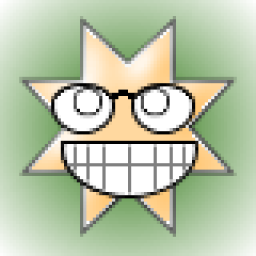