Earlier only the rich could afford traveling on airplanes. Things have changed a lot since then. Even a common man can afford traveling on airplanes now. Talking about airplanes, they are generally used to travel country to country or city to city. But have you ever thought of going to work on a flying taxi? The global transportation technology company Uber is now working with NASA to make it’s vision a reality.

At the Web Summit, an internet conference in Lisbon, the company mentioned to trial the project in  Los Angeles along with the already announced cities such as Dallas and Dubai. The company aims to deeply integrate their flying taxies with LA’s transport by 2028 Olympics. The price of the trip will be competitive with the same journey when done by Uber X.

Flying taxies in the sky sound good but there should be a traffic system to control the traffic. That’s where NASA comes into the picture. NASA will help Uber for developing modern traffic systems. At the Web Summit, Uber signed a Space Act Agreement with NASA for the development of “unmanned traffic management.” NASA will research on unmanned aerial systems (UAS) or Traffic Management (UTM) system technology to develop airspace integration requirements for enabling safe, efficient low-altitude operations.

Ubers ambitious project is named as Project Elevate which develops a drone-like four-passenger electric helicopter. The air taxi can travel about 60 miles on a single charge and it only takes 4 minutes to recharge which is less than the time taken by the passengers to get on it. The vehicles will take-off and land vertically and will fly at low altitudes. Moreover, the Uber VTOL-capable (Vertical Take-Off And Landing) wouldn’t require a runway at all just like helicopters. 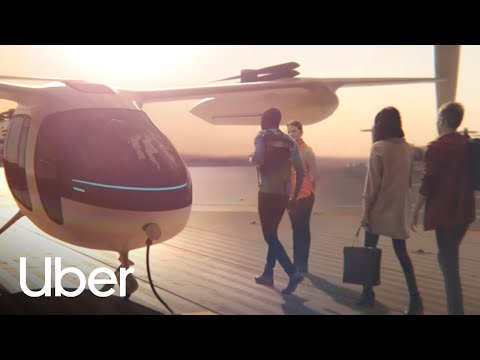 Due to heavy traffic conditions in Los Angles, the company chose LA for starting their trials. Uber CPO Jeff Holden mentioned that “LA is the most congested city on earth. 14% of the land is dedicated to parking, and there are 18.6 million parking spots … three per car in the city!”

Uber estimates that using their flying taxi with a speed of 150-200 mph (214-321 Km/hr) would only take 15-minutes to travel from San Fransisco’s Mariana to Downtown while it takes around more than two hours to travel the same distance when a person goes by road with the current traffic situation.

And finally Uber needs to get approvals from the aviation regulators in the United States and Europe for flying their taxis in the air and the company is working on that too according to a report by Reuters. The company is also planning to introduce paid, intra-city flying taxi services from 2023.

Know more about Project Elevate here. Share your views about flying taxis in the comments below!

10 Reasons Why Teachers and Students Should Blog