It is a piece of excellent news for all technology enthusiasts because signing up on Play Store on Android smart TV has now become easier than ever. Currently, there is a redesigned Play Store, so it also helps you in downloading apps and subscribing to them without any hassle. So, what is this new interface about? 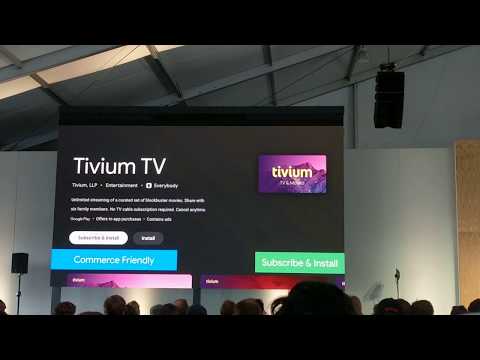 With 2.5 billion active users of Android TV, this news is going to be a good one for many. This is a huge number and shows how a change in the Play Store can impact millions of people. This number is likely to increase in the near future. So, any such developments are great for the users as well as the company.

It was announced that this new Play Store will have a separate release and will not come out with the next Android TV’s full version. They did announce that there is no need to have a similar timeline for the release of the two. However, this might be a good thing because anyway, Android TV updates take forever to come out. For example, Android Pie was announced almost a year ago, but they started releasing it and shipping it to the developers only at the start of this year. In addition to that, statistics show that most of the Android TVs are still running on the older version called Android Oreo.

Nevertheless, it cannot be denied that this redesigning of the Play Store is a breath of fresh air. It is going to make a lot of users happy. The best thing about it is that the users don’t have to type endless passwords on their TV remote anymore. It can get too tedious at times. With a simple PIN, it can be much better for users throughout the world. In addition to that, users also get to combine the process of signing up and installing a new app. It would save them a lot of time.

Furthermore, the cameo to demonstrate the new features, as well as the interface, came from Amazon Prime. It saw a widespread release on Android TV. This was also a pleasant change because there will be a worldwide release of this cameo on Amazon TV. It is happening after Amazon and Google have finally settled their feud that has been going on since forever.

5 Best Android Gallery Apps You Must Have In 2019!

To sum up, this redesigning of Play Store on Android is nothing short of a pleasant surprise. Moreover, with an increasing number of people using Android TV, people are likely to welcome this redesigning. Hence, 2019 seems like a promising year for Android TV users, and they can expect more exciting surprises in this domain in the future.

How to Create a New Electronic Hardware Product

Interesting Things to Know About Bitcoin