Hackers and geeks always try to cram one operating system into somewhere it doesn`t belong. They are always behind the ways to run Android on iPhone, iOS on Android phones, or Dual-Boot iOS and Android together in a single device.

Many solutions were available on the Internet in respect to this context. But recently a hardware hacker has demonstrated a new way to run Android OS virtually on iPhone within an app and without booting the iOS device. Nick Lee, the CTO of mobile development firm Tendigi, has created a specialized iPhone case, that when connected to your iPhone, will let your iPhone run a full-fledged version of Android operating system. Nick Lee has earned himself a reputation for putting weird and wacky operating systems on Apple gadgets, including Windows 95 on an Apple Watch.

Lee decided to clone the Android Open Source Project (AOSP) and make a custom version of Android Marshmallow he could run on a board he bought himself. He then 3D printed an iPhone-sized enclosure he found on Thingiverse and combined the board, a battery, a boost converter, and resistor to make a lightweight case. At first, it was quite bulky as shown below

Later design was slimmed down. Openings for HDMI and USB ports, as well as a SD card slot were also included. Booting of android was done by the custom Tendigi app on the iPhone’s home screen. Android was launch directly connecting the case to the iPhone’s Lightning port. 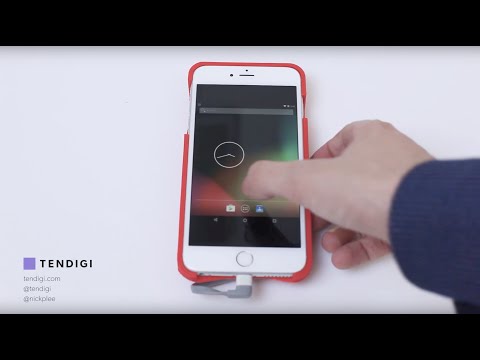 However, for a layman it’s practically not feasible to try this on your own mobile phone.

Why SEO Should Be A Priority for Your Small Business

Despite the exponential evolution of how users conduct searches online, whether it’s END_OF_DOCUMENT_TOKEN_TO_BE_REPLACED

Android vs. iOS is a constant battle that never seems to be resolved. END_OF_DOCUMENT_TOKEN_TO_BE_REPLACED

7 Things You Need To Know About TV licensing