The History of SET TV

Sony Entertainment Television, otherwise known as SET or Sony TV, is an Indian Hindi-language channel that first began back in 1995. Owned by Sony Pictures Networks India, a division of Japanese Sony, SET TV is one of the oldest and most renowned general entertainment pay channels in India. This channel has aired a variety of popular Indian television shows that you can consider iconic, including Indian Idol, Super Dancer, The Kapil Sharma Show, Aahat, Kuch Rang Pyar Ke Aise Bhi, and many others.

Fans of Who Wants to Be a Millionaire? will also find the official Hindi language version—entitled Kaun Banega Crorepati—being aired in one of SET’s many channels. Sony Entertainment Television has reached a level of popularity that SET India even has its own YouTube channel now, which has more than 98 million subscribers. This actually makes it one of the top YouTube channels with the most subscribers.

In 1995, Sony Entertainment Television and all the other channels under this used the same logo—the familiar green-blue-red ‘S’ logo, with the word “SONY” placed at the top and “Entertainment Television” at the bottom. However, during that time, there was an ongoing on-screen bug wherein viewers could only see the letter S logo with none of the words.

By the time 2007 rolled around, Sony Entertainment Television across the world changed the channel’s logo. Instead of SONY being at the top of the S logo, it was transferred to the bottom. Not only that, the font for “Entertainment Television” was also changed from the previous Helvetica Black to the Sony font that we’re all familiar with today. 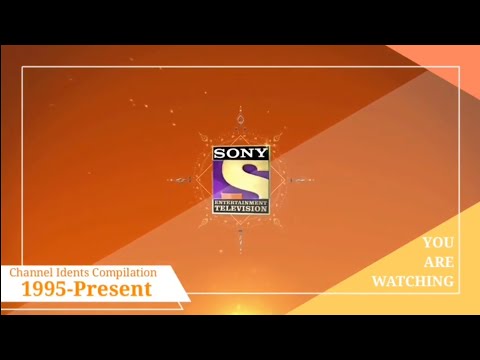 In 2011, the now-discontinued Sony Mix was first launched. As such, there was a slight change to the logo once again. Specifically, Sony TV, Sony Sab, Sony Max, Sony Pix and Sony Aath placed a black border across the logo. The word SONY was once again placed on top of the S logo, but this time around, it’s bordered in black too. The words “Entertainment Television,” which also has a black border at this point, still remained at the bottom.

In celebration of SET’s 21st anniversary in 2016, the channel rebranded once again, completely changing how the logo looked. For the first time since the channel’s 1995 launch, Sony Entertainment Television let go of its green-blue-red color scheme. These colors were replaced with new graphics that used gold, orange, and violet—the same logo that’s still being used until today.

This new look was designed by Medialuna and Naranja y Canela, two Argentine design agencies. These agencies are no stranger to designing logos for Sony though, as they also previously designed the graphics package for Sony Le Plex HD, which is now defunct as well.

The font used is now ITC Bookman, which makes this serif font unique because it has never been used for any of SET’s branding before. It also contrasts well to the sans-serif fonts used by Star Plus and Zee TV.

Availability Outside of India

There’s an international version of Sony Entertainment Television, which was once called Sony Entertainment Television Asia. This international transmission was first launched back in 1998, and it’s based in the UK. This version has quite a following in numerous South Asian countries, and it’s also available in many other countries and regions such as Singapore, Australia, South Korea, Hong Kong, Guyana, Pakistan, United States, and more.

It’s clear to see that even today, Sony Entertainment Television or SET TV is incredibly popular—and not just within India too. It’s home to countless popular television channels, many of which are entertaining if not informative.

Pros and Cons of the Buy Now Pay Later Method