Don’t Be Fooled, Here’s The Truth Behind Nokia 3310 Relaunching

Ever since Nokia Company said it’s going to make a comeback, there have been many rumors being spread about the company and its next Smartphone. One such rumor is that Nokia is going to launch its older handset 3310.

Since then, the news has been trending that the Nokia was re-launching its legendary 3310 handsets at Mobile World Congress (MWC) next month. This news has now led to bush on the Internet. The Internet has been flooded with betraying images of what the New Nokia 3310 model Smartphone looks like.

Reason Behind The Rumors. What Happened:

An online retailer from Kuwait has shared the images on the Internet, alleging that to be the upcoming Nokia 3310. However, the post has gone viral and since then, there are few videos on Youtube showing the features of the phone. The videos have also sprung up, trying to take in expectant consumers into showing what the new Nokia 3310 looks like.

The Nokia 3310 hit the market in 2000, and had games like Snake II on it— a far cry from “Pokemon GO,” but still beloved. The phone may be of interest to people who want a second handset. 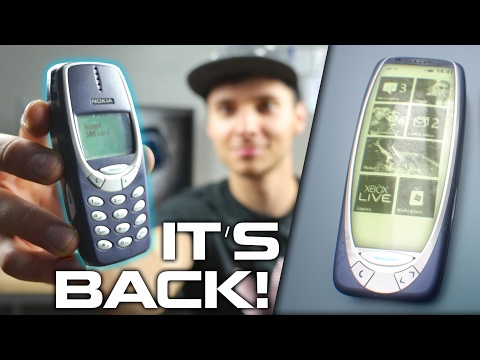 After watching the video and pictures of the new Nokia 3310, don’t be fooled that the above shown are official. They are, just rumored pictures and the company has not revealed anything about the phone launch yet.

According to Venturebeat, the expected launch price of the re-launched Nokia 3310 is going to be 59 Euros or just over Rs 4,000. But that’s all we know for now. There has been no official teaser from Nokia on just what the new 3310 will look like. Don’t  fall for these tricks just yet.

Learn about the process of Bitcoin Mining!

How to Easily Map Godaddy Domain Name with Blogspot Blogs

How to Correct Cache Amount for QuickBooks Enterprise?