VR and 360 degree media is the future. What Gutenberg is for printing revolution, 360 camera apps are for VR and new age media. In this list, we will take a look at the best 360 degree camera apps for Android phones.

So check out this list of the best 360 degree camera apps to take amazing panorama and 360 photo shots.

Panorama 360 is the most popular 360 degree camera app in the play store. It has been called the Instagram of panorama pictures. You take, edit and share panorama and 360 degree pictures on this app. After you take the picture and edit it to your needs, you can easily share these pictures on the social media like Facebook, Tumblr and Twitter. It has already been downloaded over 12 million times.

Google street view is another amazing app from the big IT giant Google. It is more about the pictures from the street and tourism rather than about the 360 degree camera app. I repeat, this is not a simple 360 degree camera app. It is the excellent at recording 360 photos for virtual tourists or people who want to check out the places they want to visit. Even you can take 360 degree photos with this android app and post them to Google for the other users to see.

Cardboard Camera app is made by google. This app will help you capture those amazing trips you took during your vacation in 360 photos and VR. With the help of cardboard camera app, you can easily take 360 degree photos and VR memories right to your camera. This app doesn’t need you to buy any camera for it to work.

360Cam is another great 360 degree camera app. But it requires you buy the actual physical camera. It is an excellent tool for recording and capturing 360 photos.

Huawei is a popular phone brand and electronics brand. This app is made for the Huawei 360 degree camera. You need to plugin the camera to the phone that has this app installed to actually use this app. This is a great a option if you want to buy the Huawei phone.

This app is for the 360 camera to capture photos and videos in 360 view. You can manage the media and share these pictures and videos with your friends on Facebook, Instagram and Snapchat. You can also edit these pictures: use filters, add emoji and text to the 360 degree pictures. It is just one of the best 360 camera apps out there.

OKKA 360 panorama app is a 360 degree remote control camera app that recording seamless 360 videos and photos with the help of their professional camera. It needs the 360 camera to work.

360 Panorama Camera is a basic 360 degree camera that lets you take pictures in multiple angles to generate a 360 degree picture. It is not as sophisticated as the others on this list.

I hope this article helped you find the best 360 camera app for your phone. 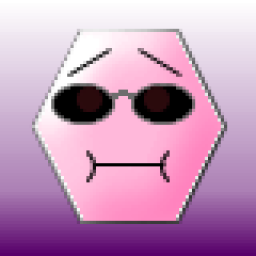 I wrote a lot of Facebook Tricks on my blog.Today here I END_OF_DOCUMENT_TOKEN_TO_BE_REPLACED

While the use of the Sage accounting instrument, its customers might come END_OF_DOCUMENT_TOKEN_TO_BE_REPLACED

How to Know if Your Number Was Blocked by Someone