As we all know, Bill Gates has been on the list of richest people on the planet for quite a very long time. Of course, there were few changes in his position, but he remained among the Top 10 richest people for several years along with his friend Warren Buffet.

A recent list of world’s wealthiest people is out and there is no surprise about the person who is sitting on the #1 spot. Its, Bill Gates again, the co-founder of Microsoft.

Wealth-X, a wealth-tracking website, provided Business Insider with its newest figures on the assets of the ultra-rich. Wealth-X collects information on more than 110,000 ultra-high-net-worth people, according to BI, tracking each person’s assets and adjusting “to account for currency-exchange rates, local taxes, savings rates, investment performance, and other factors.”

Bill Gates has helped a lot of countries in terms of health and energy related sectors. Many dream of having a lavish life, luxury cars, beautiful houses etc if you are rich but what Bill Gates thinks about being rich will enlighten many and make us realize that he is well deserved person on the Planet for earning such wealth.

Bill Gates about being rich(collected from his interviews in the past):

When asked about how it feels like being a billionaire Bill replied as below.

‘Once you get beyond a million dollars, it’s still the same hamburger’: Bill Gates says being a billionaire is overrated.

Gates gave a talk at the University of Washington’s computer science building. A female student from Beijing asked for advice on how to become rich, and according to Xconomy Seattle, he told her:

“I didnt start out with the dream of being super-rich. And even after we started Microsoft, and the guys who ran Intel — Gordon Moore and those guys — were billionaires, I was like, ‘Wow, that must be strange.’ And so — it is, it’s quite strange.”

Later on, he added:

“But wealth above a certain level, really, it’s a responsibility that then you’re going have to either, a.) leave it to your children, which may or may not be good for them, or b.) try to be smart about giving it away.”

“So I can understand wanting to have millions of dollars, because there’s meaningful freedom that comes with that. But once you get much beyond that — you know, I have to tell you, it’s the same hamburger. Dick’s has not raised their prices enough. But, you know, being ambitious is good. You just have to pick what you enjoy doing.”

As for politics, he clearly sides with President Obama against the Republicans when it comes to taxing the wealthy, including himself, saying:

“In terms of the very rich, Warren and I — Warren Buffett and I are the two wealthiest Americans — are certainly believing that the rich should be taxed a lot more…and the rich should give away more wealth than they currently do. And we’ve certainly been willing to speak out about that.”

Want to become rich? Then watch the speech below: 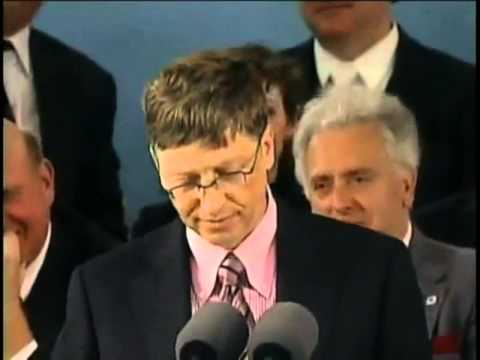 It’s very clear that Bill Gates wanted to become rich but becoming rich was not his only intention. To become rich you need to add value to people’s life and solve some real time problems in the world and make their lives better.

Concluding – Being rich is not a boon and its a responsibility.

Facebook, the social media giant is rolling out an update to its END_OF_DOCUMENT_TOKEN_TO_BE_REPLACED

What Does Cloud Gaming Tell Us About the Future of the Industry?

The way we access and interact with our data is changing. Cloud END_OF_DOCUMENT_TOKEN_TO_BE_REPLACED

How Do Casino Affiliate Programs Work?