Micromax launches a new YUREKA terminal, the first of the YU range. Its specifications are not very flashy, but is the first mobile of OS CyanogenMod 11. Well, actually the second after OnePlus One. There was a drama that went behind the cyan and Micromax about the release of OPO in Indian market without any Cyanogenmod OTA updates and all, the Micromax is up with a Cyanogenmod version with its new beast at cheap and best price supporting every feature of OPO.

As per the norms and other dealings done with Cyanogenmod, Micromax has abandoned the sales of the Flagship Killer “OnePlus One” in Indian market. So, it’s the correct time to release its new smartphone in market and hike up its sales. In fact Yureka Micromax is the device by which Cyanogen has abandoned the OPO in India. Now I anticipate and playing in different leagues with the OnePlus One which is most powerful.

We have a terminal with screen 5.5″ IPS, but this time with a lower resolution of 720 pixels. Inside we find a chip of 64 bits, but it is the Snapdragon 615. Runs efficiently like a boss with Android 4.4 KitKat, and all the special thanks to CyanogenMod 11 and a 13MP rear camera with autofocus and LED flash.

Also another highlight of Micromax Yureka is 2GB RAM, 2500mAh and LTE Cat 4 at a very cheap price. This is very near to the OnePlus One which has 3GB RAM. The screen size, camera and display remained the same, thus making a tough competition in Indian market.

OnePlus One just entered the Indian market with not much sales yet, it is a clear cut show of low-cost version of OnePlus One and so became a tough competition for both OnePlus and Micromax. It has a good camera and probably with the same Sony IMX214 sensor. But again it is present with a screen with lower resolution, a less powerful processor and less battery.

But it has the full support of CyanogenMod, in fact Steve Kondik of CM has said this in the presentation. It is a customizable phone and well featured with various settings that integrates CyanogenMod. In addition of installing the apps by tapping or protection, various options are added at the factory. Coming to factory settings, it is accepted with unlocked bootloader and the warranty will cover altogether, despite if the user roots the phone.

The price of Micromax Yureka is Rs 8999 and is very cheap compared to the OPO sale at a price of Rs 21,999. Translated into euros, the rate is around 119 € , which is also a leap to take into account. Another detail is that the Yureka be sold only in India (one ultra-competitive market input range) and exclusively via Amazon.in. Registrations begin on December 19 and will be available in the second week of January 2015 . 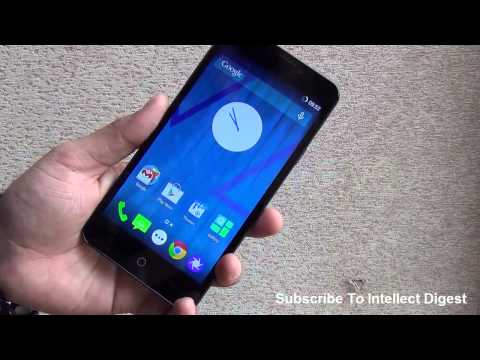 Micromax Yureka are only available through online and will be sold out through online along with a pair of rear decks which includes a leather (clearly to compete against OPO).

Update: Click Here to Know the Drawback of Micromax Yu Yureka or else if you are willing to buy the mobile Click Here to know how to buy micromax yu yureka.

On January 19th,  a man at an electronics store in China decided END_OF_DOCUMENT_TOKEN_TO_BE_REPLACED

Besides many speculations and leaks, the OnePlus 6 Smartphone was officially released END_OF_DOCUMENT_TOKEN_TO_BE_REPLACED