The relentless march of today’s technology has produced a world where people are turning into targets of harassment and in some cases even violence. So now, your digital security has become as important as your physical security.

For people who need a way to protect their personal spaces and possessions without compromising their own privacy, National Security Agency (NSA) whistleblower Edward Snowden has come up with an app called “Haven” that can transform any Android smartphone into a personal surveillance system to detect unexpected guests and unwanted intruders.

This new open-source Android app, designed by The Guardian Project and the Freedom of the Press Foundation, is designed to give the private citizens more power in protecting themselves and their property.

Unlike most surveillance applications that usually make use of the users’ phone camera and microphone, Haven, when installed on Android phone, activates different sensors on the device so that it can detect motion, sound, light, and even vibrations to check for intrusions. It uses the front and back camera sensors to look for any motion change in surroundings. It takes the help of the microphone to spot changes in the volume level. It uses the ambient light sensor to notice changes in the surrounding’s lighting and even accelerometer to detect motion changes of the device itself.

While beyond helping keep hardware secure, the app could also have other uses. “Haven can also be used as a cheap home or office security system to detect break-ins or vandalism while you’re away, positioning the phone to send you photographs when someone walks within range. Or you can use it to monitor for wildlife in rural areas, or to capture evidence of human rights violations and disappearances,” Micah Lee, a member of Freedom Of The Press who helps set up and test the app, wrote.

You can easily monitor all the things happening around the Haven-powered device as it regularly sends recorded feed and other information to your main smartphone over an email or even SMS, Signal or Tor-based website.

“We designed Haven as a tool for investigative journalists, human rights defenders, and people at risk,” Snowden says in a video introducing the app. 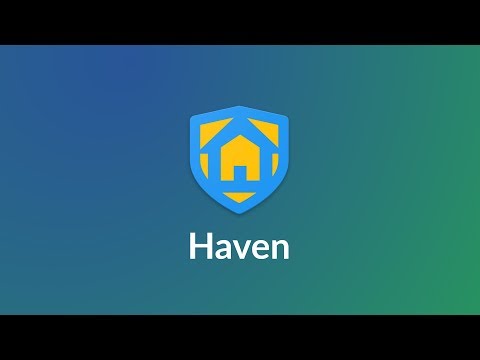 However, the app does have some shortcomings — such as maintaining constant internet access for notifications, preventing battery drain and false positives. Also, anyone who is aware of the device’s password or pin could potentially delete the app’s log if he/she has physical access to the device. Another concern is that the attacker can disable the device sensors by compromising it remotely.

Currently, the open source Android app is released as public beta. You can download it from Google Play and F-Droid to test it out for yourself.

How Do I Hire a Java Developer and What Should I Look For?

Most Important Things To Do Before Flashing a ROM