There are so many great online slot games on the market that choosing which one to play can be like trying to pick out a favourite piece of candy in Willy Wonka’s Chocolate Factory. That’s why it helps to look around a bit, read a few reviews, and see what the general consensus is about which one is best. Some of the strongest games on the market are those which have been around in one form or another for a long time. Rainbow Riches is one such game, and the Scientific Games title is still one of the most popular slots around.

While they aren’t as old as the one-armed bandits that started it all off, pub fruit machines could now be considered quite retro compared to the more advanced offerings of the online world. And there are a lot of these flashing lights machines that players have wished would be converted to online forms for some time. Rainbow Riches has long been one of the most famous physical slot machines, so it was appropriate that it would be reimagined for online players as well. The online version stays true to its predecessor but also brings with it some of the advancements of the online casino era. 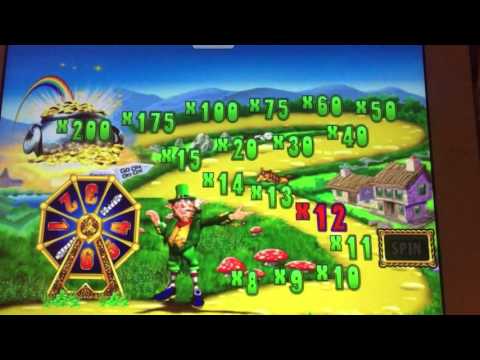 If there’s one thing that Rainbow Riches slots are known for, it’s the lucky Irish leprechaun theme. The name of the game harks back to the popular fantasy that every rainbow has a sneaky leprechaun at the end of it. When playing the game at Aspers casino online, this friendly little chap may even tell you where the pots of gold are located.

One of the things that will strike you first about Rainbow Riches is the fact that it’s so easy to play. While a lot of the modern online slots can be quite complex and hard to fathom, this is a simple 20-pay line version with 5 reels. Players have the choice between playing for miniscule stakes of £0.01 or massive bets of £10 per pay line. There is also the option to change the number of pay lines, and playing the full 20 gives the best chance of spinning in a win.

The symbols featured on the reels are leprechauns along with 10, Jack, Queen, King, and Ace. There is a bonus game which is triggered when 3, 4, or 5 leprechaun scatter symbols come into view. This is called the Road to Riches, and it adds another layer of excitement to the engaging offering. In the game, players are taken along a trail. The more steps that are taken, the higher the win multipliers.

If you are a player who is looking for a simple slot with a fun and thrilling theme, Rainbow Riches will appeal to you. There are numerous other games like this as well, including Irish Gold, Irish Eyes, and Lucky Leprechaun Online Slot. If you’re feeling lucky, give one of them a go today.

The Best Ways To Use A Smartphone