Here’s How Google Can Be Used From Linux Terminal

Linux, which has evolved into one of the most reliable secure, and worry-free operating systems. From smartphones to cars, supercomputers and home appliances, the Linux operating system is everywhere now. Most of the Linux users revolve around the command line from listing contents of a directory, changing file permissions, installing packages, etc. How to use the internet in Linux? However, there are many text-based web browsers for Linux command line in existence, we open Google search engine through these web browsers as it is the most popular search engine.

Can we open Google directly without using the command line text-based web browser? Yes, here is the way to use Google from Linux terminal.

How to Use Google From Linux Terminal?

By using Googler it is possible to use Google. Googler, which allows to use Google search in the Linux command line and is a power tool to Google (Web & News) and Google Site Search. It shows the title, URL and abstract for each result, which can be directly opened in a browser from the terminal.

The Googler command line utility, initially intended for Servers running GUI-less Linux distros, allows you to search Google and open the results using commands. However, you won’t be able to have rich graphics.

How to Install Googler To Use Google Search From Command Line?

Googler is currently not available on repositories of famous Linux distos like Ubuntu. However, you can install it from GitHub repository. googler requires Python 3.3 or later. Only the latest patch release of each minor version is supported.

When you proceed with the commands below, it may ask you to install Git. Go ahead using the command mentioned:

After installing Git, run these commands one by one:

How to Use Googler?

Googler has a prompt named omniprompt like regular prompt in the Linux.

By using omnipromt keys you can use Googler and navigate through the search results easily. You can execute the queries directly from the command line prompt without opening the utility.

When you type the number attached to the search result, the link will open in your web browser. You can open the link the command line itself by linking Googler with a text-based web browser

You Can limit the number of search results:

Now type your query (for example, Edward Snowden) in the omnipromt and it will show results from fossBytes.

These are the few commands useful to browse google from command prompt..

You’ll need some time to know Googler and use it efficiently. Man page will help you with your Google journey in the command line.

Googler is a feature-packed Linux command line utility. Just like the normal google, you have the advantage of languages, region, time, etc. You can combine various options available on the man page to get most out of the Googler.

Are you using Linux Operating system? Then install googler and use Google from Linux terminal. 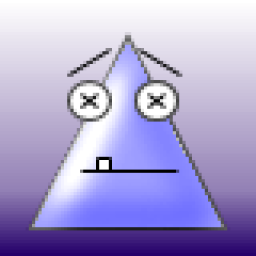 How To Keep Track Of The Crypto Market With Effective Tooling

Is Exness scam or a legit Forex broker?