The HTC One M9 release date is now set for March 31 across EMEA regions, including the UK, bringing with it a host of upgrades from its One M8 predecessor. HTC’s flagship will show off a two-tone metal chassis, a 64-bit octa-core Snapdragon 810 chip, 3GB of RAM, and a HTC Sense 7.0 skinned version of Google’s latest Android 5.0 Lollipop OS. HTC hasn’t given out an official price of HTC One M9. We expect it will get a price tag similar to that of the HTC One M8 when it launched and other typical flagship smartphones. Read full Review and Specifications from below.

Must Check : OnePlus One trolled HTC One M9 and Samsung Galaxy S6

Here are the headline specifications for the HTC One M9:

HTC One M9: Design and Display

Anyone familiar with the One M8 will immediately see that HTC hasn’t changed the design much for the M9. It’s made from the same metal block as the M8 and uses the same curved shape and hairline finish while using angular features from the HTC One M7 (the original HTC One). The firm tells us the process takes 70 steps to complete. Measuring 144.6 x 69.7 x 9.61mm and weighing in at 157g, it’s hardly the slimmest phone out there, but to those of you that prefer their smartphones with a bit of a healty heft to them, it must be a godsend.

New features in the design include a scratch-resistant coating (which we’ll have to test over time when we get a review unit), machine drilled buttons and a sapphire glass lens on the rear camera. The power button is now on the side instead of the top which we think is a much better place for it.

The HTC One M9’s whopping 20MP dual-tone flash camera is certainly one of the major changes introduced by HTC. It succeeds the HTC One (M8)’s underwhelming 4MP UltraPixel cam – now relocated on the front and playing second fiddle as the selfie cam. As for the UltraPixel camera, it’s extra large, light-soaking pixels really have what it takes to land a good selfie even in night time.

As you would expect, the HTC One M9 runs on Android 5.0 Lollipop which is the latest version. However, HTC doesn’t leave it as is so puts its own skin or user interface over the top. The M9 introduces Sense 7.0 which has some new features.

Talking of customisation, this is the main emphasis of Sense 7.0 so there’s a new Themes app where you can download various user interface themes. However, you can edit details yourself such as icon styles and fonts. The software will also generate a theme for you based on a photo.

HTC One M9: Processor and Memory

Continuing its longstanding partnership with US chipmaker Qualcomm, HTC requited its latest creation – the mighty octa-core Snapdragon 810 – to power its 2015 flagship. It also gave it a roomy 3GB of RAM, and by resisting the urge to stick a power-hungry 1440p display on the phone, HTC turned the HTC One M9 into a playground for Qualcomm’s fiery dragon! As you may know, this is a 64-bit octa-core monster with four Cortex-A57 cores operating at speeds of up to 2.1GHz, and four Cortex-53 tuned to 1.5GHz.

The HTC One M9 ships with a 2840mAh non-replaceable battery unit, and we are rather optimistic towards its eventual battery test result. A combination of large capacity battery, 1080p display, and modern, power-efficient processor can only lead to an impressive score! Alas, the One M9 seems to be skipping on the fast charging innovations for now.

Announced on 1st March 2015, you’ll be able to get your hands on the new HTC One M9 at the very end of the month: it will be released on 31st March. The firm hasn’t announced a price but we expect it it will have a typical flagship price, which is currently around the £549 mark.

A Quick Unboxing and Hands on Review of the new One M9 from HTC. Source : iGyaan 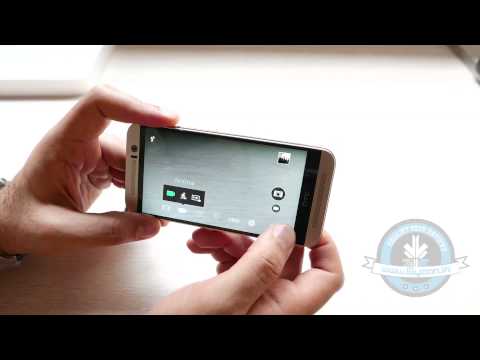 What’s your opinion on this flagship device? Did you like the specs and satisfied with it? Please let us know in the comment section below.

How to Create Photorealistic 3D Render of a Robot