In this fast growing world of internet and technology, new threats continue to emerge every day. While technology makes our life easy, it poses new challenges to our security, both on and off the web. The control we thought we had over our devices has eroded away. Even that small mobile device which sits in our hands for the most of our day is sensitive to these threats.

Do you know that there are few networks we connect our devices to which can steal our information? Do you even know who else is accessing your internet? Yes, if you’re using a wifi network which is open and if anyone decides to use your network, then they can have access to the network and also can hijack your device.

So, we do not know about all these things. Hackers have their own systems to sneak inside your phone and control it. Hence, these white hat hackers have tried to devise the ways for us to safeguard the public from those threats.

In the recent episode of ‘Phreaked Out’ by ‘Motherboard’, the white hat hackers explains about how your phone can be hacked and tell us the multiple ways in which we can protect ourselves from the attackers.

How your data is getting stolen?

If a remembered network could be recreated by an attacker, for which he just needs to know the name of the network, then your phone would automatically connect to it. When this happens, all the traffic, that is, requests from your phone would pass through the attacker’s device. Thereby, he can monitor it, or even modify it.

Previously, drones were used to create WiFi networks and thereby, to collect information on all the mobile phones connected to it and send the collected data to some central device. The device gives out every kind of information, as to where you live, what you are accessing, which image you are looking at, and so on. The snoopy software is used to achieve this.

Using cellular base-station hardware and techniques, a white hacker’s mock phone hack illustrated the relative ease with which one can sniff someone else’s network traffic. To clarify, a cellular interception is not a technique of directly hacking someone’s phone. Direct attacks over cellular networks are extremely difficult with limited public knowledge even within the security community. 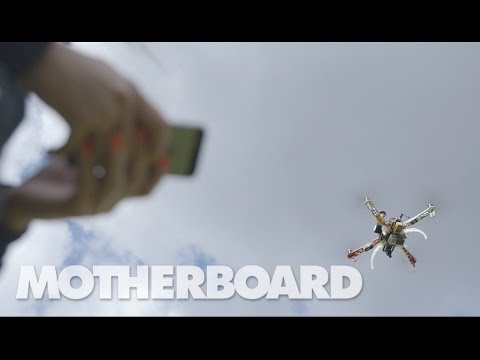 By demonstrating and open-sourcing these exploits, white hat hackers hope to provoke the public to demand immediate changes from its phones’ manufacturers.

Also Read: How to become a Master Hacker, Starting Today.

Are Celebrities Judged On The Basis Of The Number Of Followers They Have?