Intel’s Project Athena was first introduced through a marketing campaign that was launched in January. They had a tagline that said “Laptop innovation rooted in human understanding.” This was a vague sales pitch that did not reveal much about the plans for Project Athena. At that time, people were only wondering about the changes that would be implemented on these new laptops.

Intel Is Making A Difference Now

While the Ultrabook of the 2012-era Intel laptops were the first ones that could properly compete with the MacBook Air of Apple, Project Athena promises to offer more. It promises to give something more than what you can find in any other contemporary computers. Basically, there is at least one concrete and specific promise that this laptop intends to fulfill. It is to offer nine hours of complete battery life in the real world. Therefore, this feature is something that is going to stand out amongst its contemporaries and make a difference in the market.

As already mentioned, the nine hours real-world battery is the most striking feature of this laptop. However, there can be different interpretations of “real-world” battery. There have been cases in the past where laptop manufacturers manipulate their words to suit their advertising interests and mislead consumers. Having said that, Intel’s Project Athena does seem like it is going in the right direction because of a workload with wireless web browsing along with a few apps that run in the background. It also has a higher brightness of the screen than earlier. 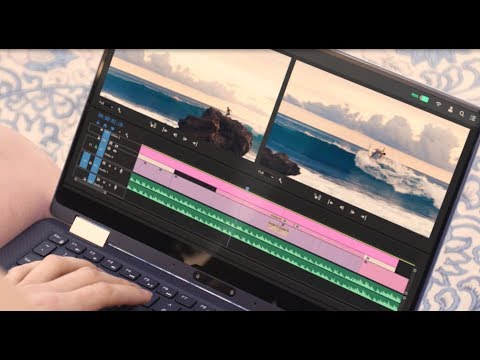 Additionally, Intel shared that their aim to make Project Athena’s battery life longer is by working with OEMs so that they can optimize each system or also develop new systems that require low power. All this is done with an aim to offer a laptop to the buyers for which they don’t need to carry a charger all the time. Other features of this laptop include offering solid-state drives so that there are no slow-spinning platters anymore. There would also be a super-fast Wi-Fi 6 as a part of this laptop.  The laptops developed as a part of Project Athena will become premium operating systems. They will be available in the market in their fullest form in 2020 as well as 2021.

To sum up, Project Athena laptops from Intel look very exciting. Apart from nine-hour battery life, they also have some amazing features. Intel is also working towards developing new components that would consume lesser power. So, it is not merely using features like lessening the brightness of your computer screen to increase your battery life. There is a lot more to it. They are taking genuine efforts to improve the battery time by having a more innovative approach towards it. Thanks to these developments, 2020 and 2021 seem very promising for all computer enthusiasts. You have to worry no more about forgetting your charger at home if you have Project Athena laptops with you!

Even though wireless technologies have become quite popular, the demand for structured END_OF_DOCUMENT_TOKEN_TO_BE_REPLACED

Brainstorming is an essential process for creating and developing ideas, making projects END_OF_DOCUMENT_TOKEN_TO_BE_REPLACED

What Makes UPDF the Best PDF Editor in 2022?

PDFs are used to collect information in a systematic fashion; this format END_OF_DOCUMENT_TOKEN_TO_BE_REPLACED