Apple has recently released a new operating iOS 9 in mid-September with a range of new updates that are capable of improving your iPad and iPhone experience. The company went to a top range after receiving reports that the adoption rate of iOS 9 increased up to 50% just within a week. Unfortunately. all that turned out to be a nightmare for the Apple company as many of the iOS 9 users complained that the latest devices were getting hanged in the midway at the time of installation. Not only installation issue, but also the iOS 9 users are vulnerable to hack due to a major security loophole in the iOS 9. Apple then released a latest iOS 9.0.1 update in order to fix the lockscreen bug. Instead of fixing the bug, the latest update allows hackers to access the user’s iPhone contacts and photos. We have come with a solution so that the iPhone users can get through this major security issue. Here is how to fix this issue.

One of the iPhone users Jose Rodriguez initially found the security flaw and reported that the latest update iOS 9.0.1 doesn’t fix the lock screen bypass vulnerability. Instead,  it lets others bypass your iPhone’s lock screen and get into your contacts and personal photograph.

Jose Rodriguez released a new video that shows a step-by-step process with detailed explanation on how to bypass the passcode on iOS 9 and iOS 9.0.1 device without a password just by using the altruistic nature of Apple’s personal assistant Siri. In the video demonstration, he showed that any locked iPhone device can be unlocked just by using a simple trick that can be even used by a common man. Here’s is a step-by-step procedure on how to bypass a passcode on iOS 9 and iOS 9.0.1 device in just 30 seconds:

Note: The lock screen bypass vulnerability works on all iOS versions from iOS 5.1.1 to the latest released iOS 9.0.1.

Watch the Video that shows how to bypass a Passcode with on iOS 9 and iOS 9.0.1 device: 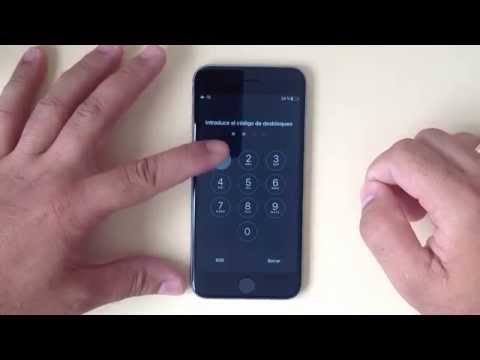 How to Fix the iOS 9.0.1 Vulnerability

Apple rolled out a new update to patch the iOS 9 security loophole. But, it couldn’t fix the vulnerability and allows hackers to bypass a passcode on other’s iPhone devices. So, in order to help users from this security flaw, we are here with a solution just by disabling Siri from being accessed by the lock-screen. Here is how to fix this security issue:

Once you turn off or disable Siri, hackers will not be able to unlock the iPhone without the right password. Even if they try to enter the passcode and get failed to type within five attempts, the iPhone will get locked automatically for a minute. This way you can prevent hackers or some other people from accessing your iPhone without a passcode. Hope this simple trick helps you to protect your contacts and photos from being exposed to potential hackers.

How to Access Google Drive Files Offline on a Desktop or Mobile Device?

How to become a successful bitcoin trader? What are the important tips to follow?

Turn Your Ordinary Router into a High-Functionality Router, Here’s How?