The concept of online security, privacy, and freedom are fighting for survival, and judging from the unapologetic stance of those responsible for it, the situation is only expected to deteriorate in the future. Growing hacking incidents, digital surveillance by law enforcement agencies, and questionable content moderation policies by governments and social media giants are ruining the experience and causing distress to millions of internet users around the globe.

Fortunately, there’s still one technology that is putting up a resistance against existing digital woes to keep the desirable aspects of web access intact; virtual private network (VPN) apps. Mostly known for their ability to provide unrestricted access to geo-restricted content, especially streaming websites, their ability to prevent malicious and prying entities from gaining unsolicited access to your private and sensitive data is second to none. The best part is that their capability on delivering on the aforementioned fronts doesn’t fluctuate much irrespective of whether you’re using a free VPN app or a paid one.

If you’re finding all this too good to be true, then allow us to make you a believer by elaborating on our claim.

Requesting government agencies or hackers to stop prying into your private data is unlikely to deter their snooping habits. This leaves you with only one option – shut them out, and that is precisely what VPNs let you do.

While you’re surfing the web through a VPN, your data is encrypted using powerful security protocols such as OpenVPN or L2TP/IPsec, and then transferred through a secure tunnel that is nearly impossible for ordinary snoops to penetrate.

Under these circumstances, you can even comfortably connect to public Wi-Fi hotspots and perform sensitive tasks like mobile banking while enjoying complete protection against security risks.

Global Network of Servers to Ensure Freedom and Performance

There is nothing more frustrating than being locked out of a website or content on a streaming service just because it’s geo-restricted at the source or because your government or internet service provider (ISP) has blocked it.

Thanks to VPN apps, you’ve got yourself a workaround to this nuisance as well.

VPNs are generally comprised of a large network of servers located in different locations around the globe. When connected to a VPN service and the internet, you’re diverted to a server of your choice, given a local IP of that region, and allowed to browse the web from that virtual location.

For example, if you’re living in China and wish to use a website that’s only accessible in the US, you can activate a VPN on your web-connected device, select US server, and then easily access that website without a problem.

One of the many things that work in VPN services’ favor is their strong commitment to user privacy. Just pick any random VPN app, click on its privacy policy, and skim through it. You’ll generally find the service provider giving a detailed explanation of what sort of information or data is logged, the purpose of this logging, and what protocols have been implemented to ensure its safety from external threats.

If a VPN provider has its headquarters based in a country where Data Retention Laws are in effect and thus require it to log user data and hand them over to the government agencies when requested, it would not conceal that fact in its privacy policy. Such disclosure may come off as a strange decision, but is actually quite a smart move as it helps develop trust. You as a potential customer feel assured that the VPN provider is not trying to deceive you in any way, thus raising your inclination towards it. 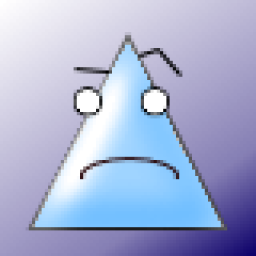 What to do when QuickBooks freezes?

Issues caused due to Windows 10 Updates that affect your QuickBooks