What is Zcash? and Edward Snowden’s Tweet on Zcash

Ever since the world was introduced to a new concept of decentralized digital currency as Bitcoins, many alternative cryptocurrencies have emerged. Zcash is one of them and is considered as the most interesting alternative of Bitcoin by Edward Snowden, a former CIA employee.

While Bitcoin and most cryptocurrencies expose the entire payment history to the public, Zcash was developed to protect the privacy of transactions using zero-knowledge cryptography.

A Bitcoin is a currency using which the transactions are made without the need of banks, transaction fees and without revealing the sender/receiver’s identity. Bitcoins can be used for easy and cheap international transactions as they are not tied up to any regulation or country. All the bitcoins are stored in a digital wallet which has a wallet id. Although an identity of a person is not revealed, each bitcoin transaction is registered in a public distributed ledger called blockchain including their wallet id with which a person’s transactions can be traced. 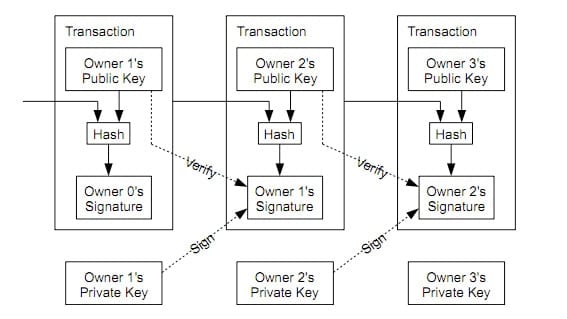 Considering the security into account Zcash comes with a better technology providing selective transparency of transactions. Zcash uses an advanced cryptographic technique namely zero-knowledge proof to validate the transaction without revealing the identity of the users.

The zero-knowledge proof construction is called zk-SNARK(Zero-Knowledge Succinct Non-Interactive Argument of Knowledge) which refers to a proof construction where one can prove that he possesses certain information with a secret key, without revealing that information and without interacting with the prover or verifier.

Edward Snowden, a former CIA employee popularly known for his massive leak of classified NSA documents in 2013 tweeted praising Zcash as the most interesting Bitcoin alternative.

Mason Borda a technologist tweeted saying “Zcash is the only altcoin (that I know of) designed and built by professional and academic cryptographers. Hard to ignore,”

Snowden responded to the tweet by saying, “Agree.” and “Zcash’s privacy tech makes it the most interesting Bitcoin alternative. Bitcoin is great, but “if it’s not private, it’s not safe.”

When asked to give his view on Monero, a competitor to Zcash, Snowden responded by saying its an “amateur crypto”. He also added, “Mistakes happen and have huge consequences for people like me.”

Is Zcash really the best alternative for Bitcoin? What do you think? Do share your views in the comments below.

Best Investment Apps for Beginners in 2020

How to Reset Lost User Password on Windows 10, 8 and 7