Smartphone’s have been an inseparable part of our lives ever since the evolution of iPhones, iPad and other OS based phones such as Android, Windows 8, Symbian etc. Although while using iPhone many a times we face inconvenience while typing, texting down text in our devices with the predefined keyboards. Thus to resolve this sort of issues which concerned with the typo errors in iPhone ai.type has ascended with a virtual keyboard which facilitates the users to have a keyboard according to their specifications.

Though the main functionality of all keyboards is similar which allows the users to text down, auto complete, autocorrect, and much more. Very often, it is found that users fail to perform merest functions in a desired manner by the keyboard which is preloaded in their iPhone or iPad. While ai.type developed ai.type Keyboard addresses most of this sort of issues allowing users to text down as they wish with many other techy and trendy customizable features. Latest updated new plus version 2.0 of this ai.type keyboard has been released by the ai.type for smart devices such as iPhone and iPad which are powered by iOS.

Prior Prediction and Word Suggestion With Cloud Engine

ai.type keyboard for iOS boast user-friendly features which gives users typing well-to-do experience and serving an esthetic purpose in beautifying the text body. Updated version of ai.type keyboard predicts the intimates in advance with applicable word suggestions discovering and studying writing style of the smart device user. Prediction of words enhances the typing the speed prior to words completely typed thus enriching the typing experience without any errors in iOS based iPhone and iPad. Further add emoji and emoticons to your chat or text to make it more expressional with the ai.type keyboard for iOS.

What makes this ai.type on par with the rest of third party keyboards is that it allows users to increase or decrease the screen space dynamically in iOS based iPhone and iPad added to this the users can increase the size of keyboard keys in case of poor visibility. Added to this ai.type keyboard for iOS delivers high-end typing feel with features such as altering keyboards bottom row, sporting suggestions of alternate keys when any key is long pressed.

ai.type keyboard for iOS iPhone and iPad can be claimed as the flagship third-party keyboard which appropriates users to change keyboard’s appearance as per their mood varying endless options in the gallery furnished by Theme Marketplace. Thus, users can amuse their friends laying their personal photos as a backdrop image  of ai.type keyboard.

ai.type keyboard enables users to customize their iPhone’s and iPads with features such as choosing the key expressions of the device keyboard. Being one of the more dissipated and precise keyboards in the current digital market it has over 25 million downloads and is available in 30 languages. 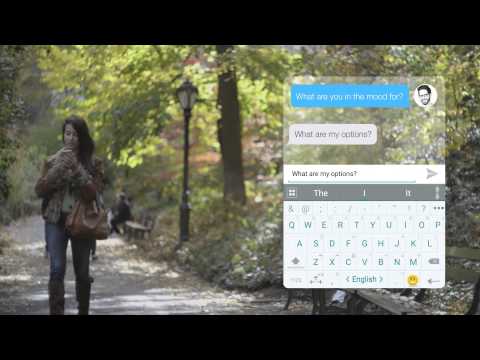 Download ai.type keyboard for iOS iPhone and iPad from iTunes