Researchers at the Columbia University Medical Center (CUMC) in the US have successfully hacked the natural immune system of the human gut bacterium ‘Escherichia coli’ into an equivalent of a molecular tape recorder that can be used to track the signals and time. With more efforts, scientists are paving a way for new technologies that could use the bacterial cells from disease diagnosis to environmental monitoring in the future.

The hacked bacteria can now respond to chemical changes in the surroundings and then ‘time-stamp’ them in DNA. “Such bacteria, swallowed by a patient, might be able to record the changes they experience through the whole digestive tract, yielding an unprecedented view of previously inaccessible phenomena,” explained Columbia University Medical Center’s Harris Wang, a senior author of the Science paper.

The scientists co-opted the gene editing system known as CRISPR-Cas in the bacterium Escherichia coli, in order to record the data i.e the genetic information of the viruses into bacteria. CRISPR-Cas is an inbuilt immune system in a few bacteria that stores snippets of DNA from viruses that have attacked the bacterium to detect and provide resistance to further attacks by similar viruses.

“The CRISPR-Cas system is a natural biological memory device. From an engineering perspective that’s actually quite nice because it’s already a system that has been honed through evolution to be really great at storing information,” says Harris Wang.

Ravi Sheth, a graduate student in Wang’s lab and a co-author of the paper says, “When you think about recording temporally changing signals with electronics, or an audio recording… that’s a very powerful technology, but we were thinking how can you scale this to living cells themselves?”

That’s when the scientists modified the circular DNA called plasmids in bacteria to store the time and invasive events in its data library. After storing the data, to turn it into a recording device i.e to store these actions in a sequence the team used CRISPR-Cas spacer acquisition machinery to stitch them into a sequence in order to interpret it as a measure of time. 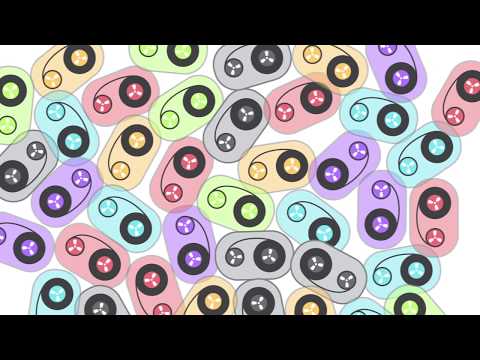 CRISPR has been previously used by Synthetic biologists to store poems, books, and images in DNA, but this is the first time CRISPR has been used to record cellular activity and the timing of those events.

“Now we’re planning to look at various markers that might be altered under changes in natural or disease states, in the gastrointestinal system or elsewhere,” Wang said.

JustFly Review – Get the Best Flying Experience with your Family