It has been just 10 days for Bigg Boss Telugu season 2 to get started and already it has hijacked our lives. With Tollywood’s “Natural actor” Nani as host the show is breaking every TV record possible.

The Idea Behind Bigg Boss Telugu

The concept of the reality TV show- Bigg Boss has been introduced in the country in 2006. But the Telugu-version premiered on July 2017. The show created much drama and entertainment turning into a big hit. As a result,  the second season of Bigg Boss 2 Telugu kicked on 10th June 2018.

This season has a unique twist with  13 celebrity contestants and 3 contestants from the common public.

Rules for the participants

With just 9% of the votes, it was Sanjana Anne who was out of Bigg Boss Season 2 in the 1st week. However, Sanjana’s elimination saw the first wildcard entry, Nandini Rai joining the House.

Following are the nominated participants for eviction in the second week:

The audience can cast their vote on online:

This is the conventional method where you can save your favourite contestant with a missed call on the assigned phone number.

The missed call is accepted by both landline and mobile numbers. You will get an SMS from Star India Private Limited confirming your vote.

How is the elimination decided?

After the voting cycle (Monday to Friday) ends, the contestant with the least number of votes( both online and miss call votes included) will have to leave the Bigg Boss show. The voting results are disclosed to the public on Saturday. The remaining contestants get another chance with a competition less to fight for the ₹50 lakh (US$75,000) prize money and many more benefits! 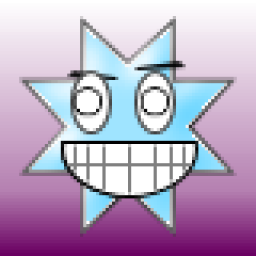 Service invoice and tips to be paid faster

Invoicing isn’t the most exciting part of managing your company’s affairs, but END_OF_DOCUMENT_TOKEN_TO_BE_REPLACED

When it comes to choosing a broadband provider these days, many of END_OF_DOCUMENT_TOKEN_TO_BE_REPLACED

If you have an Amazon Firestick, you probably know that you can END_OF_DOCUMENT_TOKEN_TO_BE_REPLACED